Sinking of the Lusitania 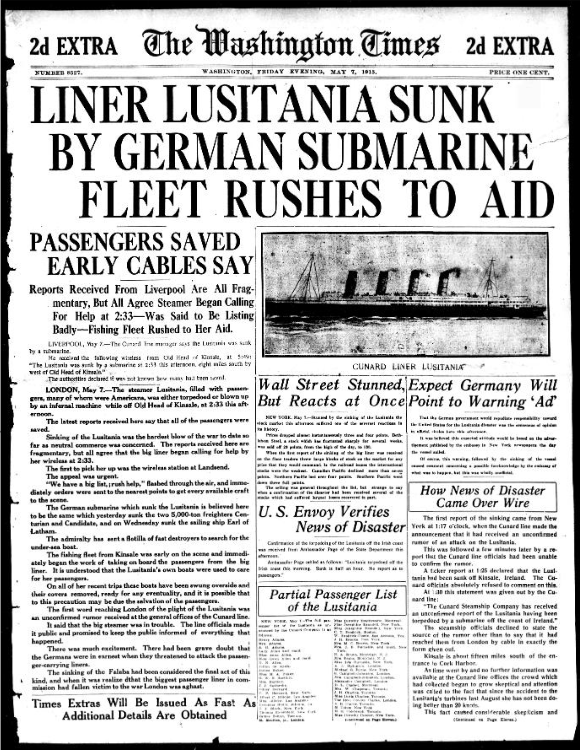 Despite published newspaper articles warning against travel on Allied ships, the RMS Lusitania departed from New York on May 1, 1915, bound for Liverpool. As the ship sailed near Ireland on May 7, it was torpedoed by a German U-boat and sank, killing over 1,100 people on board. A later British investigation into the incident ruled that the Lusitania was attacked with the intent to kill civilians, as the ship did not carry explosives.

Link to picture above

The Stars and Stripes 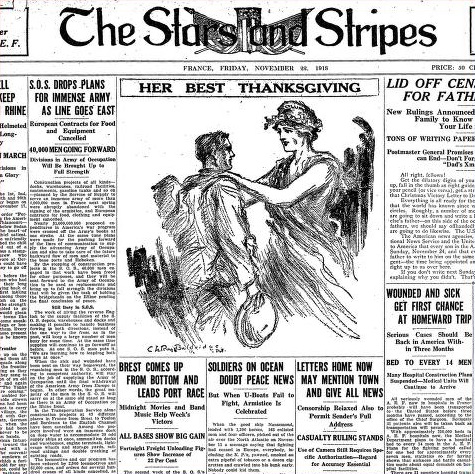 The first official military publication called Stars and Stripes was published in Paris during World War I for the American Expeditionary Force (A.E.F.). According to A.E.F. Commander General John J. Pershing, it was intended to provide uncensored news from soldiers and for soldiers. The first weekly edition was published on February 18, 1918 by a staff of eight, and limited to 30,000 copies. Due to its popularity the circulation increased to over half a million and the staff grew to 300. The final edition was published on June 13, 1919. 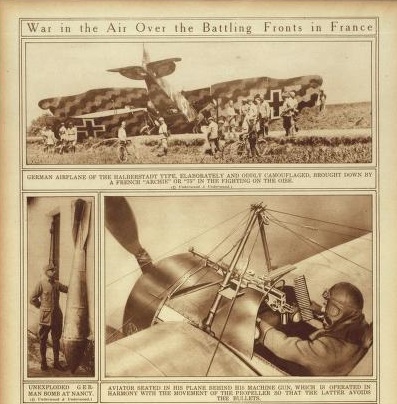 During the World War I era (1914-18), leading newspapers took advantage of a new printing process that dramatically altered their ability to reproduce images. Rotogravure printing, which produced richly detailed, high quality illustrations—even on inexpensive newsprint paper—was used to create vivid new pictorial sections. Publishers that could afford to invest in the new technology saw sharp increases both in readership and advertising revenue.

The images in this collection track American sentiment about the war in Europe, week by week, before and after the United States became involved. Events of the war are detailed alongside society news and advertisements touting products of the day, creating a pictorial record of both the war effort and life at home. The collection includes an illustrated history of World War I selected from newspaper rotogravure sections that graphically documents the people, places, and events important to the war.